Some Cool Ass Shit:
-The GreatWhiteDope is mad as hell and he's not going to take it anymore!! If you like anything I do or say, then you should follow him cause really he's a smart and funnier version of me. Give him a chance, huh?

-The road to hell is paved with good intentions, which means a good chuck of Hell Road is made up of things I meant to do but never did. Final Girl does a Film Club every month (I wanted to do something similar but 1-I know no one would do it and 2-I would be totally stealing her idea) and I've done a few in the past. This month, she took on "Frozen" which I actually seen, own, and love. Why didn't I write a review of it? Well, it's kind of a funny story...

-OH MY FUCKING GOD "GOOD TIMES WITH BAD MOVIES" REVIEWED THANKSKILLING!! Sorry for the shouting! Just read his review and you'll understand why.

-What's even better than promoting an episode of a podcast where the subject is something I like? When said podcast reads my feedback. Yeah, I'm a vain asshole, you're just NOW figuring that out? Anyway, poor Jess over at Reel Insight must've drew the short straw and got to read my obsenity laden email where I proposed to Jess, schooled them on Nick Swardson, and begged them to do a Megan Fox episode. The rest of the episode is great too. (Second plug in two weeks? Congratulations, ladies!)

What I Plan On Watching This Week:
I didn't really watch any of the crap I said I would last week. One of my days off got cut and I had to work an extra shift. Am I a nurse? Am I a EMT? No...I WORK IN A FUCKING OFFICE SUPPLY STORE!! The hell, man? Anyway, between no free time and being tired, I didn't watch much of anything. So therefore this week:
-I'm gonna try to get to "Flash (AH AHH AHH AHH) Gordon" still.
-This is also the week I review a movie for the site. This week is "Godzilla vs MechaGodzilla"! I love this movie so this should be a fun review.
-I'll probably watch one of the movies for the next Lair episode. It's an episode I been wanting to do for awhile so I'm looking forward to it. 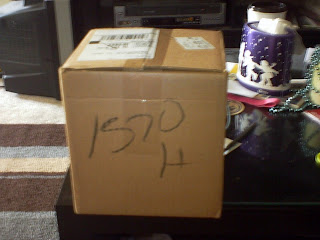 And Finally:
Last week's Twitter Event on "Deadgirl" was pretty successful. Not only did a lot more people seem to follow me, but one of the movie's stars Jenny Spain followed me and responded to a few Tweets. Who's Jenny Spain? Why, she played THE titular Deadgirl! Y'know, it's weird communicating with a person who you seen naked on screen. I've done that a few times now and you never get use to it.

Not counting myself.
-Jason
Posted by Jason Soto at 8:09 AM

Labels: Tuesday Round Up

And thanks for the 2nd plug! I strategically started reading Nick's feedback first, knowing that if we alternated through the emails, Jess would get to read yours, since my Mom was sitting right next to me and all.

I did wonder about that Rachel. I tried to do you justice Jason, but I think I lacked the proper acting experience. I'll do better next time! Thanks so much for the plug.