I went ahead and added more images to the, ugh, Billy Jack review.

I never want to see this movie ever again as long as I live.

We are in a unique situation regarding the screener poll: We have a tie!! So now if you go to the screener page, you can vote for one of the two movies listed:
Screeners
This poll will be closed on Friday August 3rd, so vote now!

The Calendar will be up tomorrow evening.

Thanks!
-Jason
Posted by Jason Soto at 10:19 PM No comments: 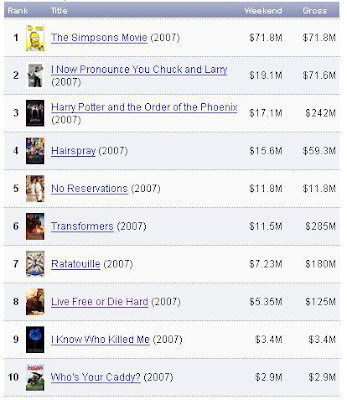 1. Simpson's Movie made it to Number 1. Surprised much?

2. Well, at least Chuck and Larry had a good run last week.

3. Well, at least Harry Potter had a good run the past three weeks.

4. I guess a lot of people really wanted to see John Travolta dressed horribly in drag.

5. This movie seems kinda stupid to me, but what do I know about movies where two chefs compete.

8. Weird. A cartoon movie about a rat is doing better than a Die Hard movie. My faith in movies is starting to vanish.

Sorry I haven't been doing these each week. I tend to forget or I haven't been home. Let's see what's out next week.
Underdog, El Cantante, Bourne Ultimatum, Hot Rod, Becoming Jane (The hell is this?), and Bratz the Movie. Umm....let's go with Bourne Ultimatum but I really am looking forward to Hot Rod.
-Jason
Posted by Jason Soto at 9:29 PM No comments: 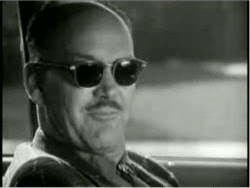 After a year and a month without doing one, I got around to reviewing a short. This one tells us the dangers of homosexuals in the 50's:
Boy's Beware

Reminder: The Third Screener poll ends tomorrow evening. So if you haven't voted, vote now before it's too late!
Screeners

I'm gonna work on the calendar for August tonight so that'll be up by Tuesday night or Wednesday the latest.

I'm also gonna be doing a entire renovation on the site but before I do I wanna ask some questions and I hope, hope, HOPE all of you answer, since you guys read this. I just write it and put it up there, so I wanna make reading the site a plesant experience.

1. Does the white words on black background bother you guys? I'll probably keep the starry background but in the box where the text is held I can change the box to a different color and make the words black if it does.
2. I'm thinking of not only have the list of movies reviewed in alphabetical order but in chornological order as well. Does that appeal to anyone, that way if you missed out on some updates and wanna look for the past five reviews I've done, you can just look it up that way. I also might break up the alphabetical order into half or thirds, since I'm at like 100+ right now, and the list on the page is getting kinda long.

Ok, that's it for now.
Thanks and hope to hear back from you guys!
-Jason
Posted by Jason Soto at 7:22 PM No comments: 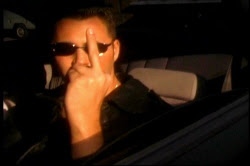 I'm a little behind on schedule cause last Sunday I felt lazy and didn't feel like doing a review. In any event here's "Ankle Biters", a movie about midget vampires:

Enjoy!
-Jason
Posted by Jason Soto at 6:53 PM No comments:

Ok folks, the third screener poll is up and ready! Go do your thang!
Screener Poll 3

I think I picked some good ones this time.
-Jason
Posted by Jason Soto at 12:07 AM No comments: 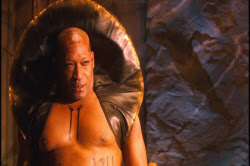 First off, I review the winner of the second screeners poll. You guys sure know how to pick 'em.
Minotaur

Secondly, you may notice at the end of the Minotaur review, is a little box labeled "Digg". It's something new I'm trying. So if you like the review/site, then click that box and it'll be "digg"ed, or something. And you'll be happy and I'll be happy and magical elves will come out and sing happy little songs. Or something. It's fun!

Third, as I stated yesterday, I added a Frappr map. You guys are doing it but I'm noticing a lot of "anonymous"esssesss...whatever. Don't be shy! Tell us who you are! I swear we won't stalk you...much.

Fourth, I finally figured out how to make my blog look less...generic. And I wrote a few things in it. I think I have it set up now where if you scroll to the bottom you can subscribe to the feed or something, so when I write something on the blog, you'll know instantly.
http://invasionofthebmovies.blog.com

Fifth of vodka. Dare me to drive? 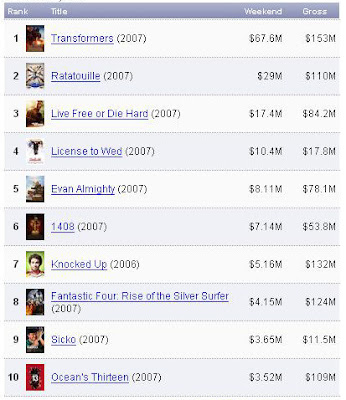 This has been a fucked up Box Office Total weekend. New movies came out on Tuesday, Wednesday and Friday. So let's just roll with it, shall we?

1. I shouldn't be too surprised that this made it in the number 1 spot. I been hearing all kinds of things about this movie, ranging from it sucks to it's awesome. I guess I am gonna have to see this myself. I'm still pissed at Bay though.

2. One day, I'm gonna make a post listing all the CGI films featuring "cute" animals. And I guarentee you that it'll be the longest post I ever made. Enough already, Pixar.

3. I still hate this title, but it still is a kickass movie. What's wrong with Die Hard 4 or the original title "Die Hard 4.0"? Those are a lot better than "Live Free or Die Hard". That doesn't even make sense. Still awesome movie.

4. I wanna see this, only cause John Kransinski is just so fuckin' awesome. Oh and Robin Williams is too. Oh and Mandy Moore is hot.

5. Despite all the bad press, Evan Almighty is sticking around. Good for you.

7. Poor Knocked Up, slowly making it's way down and down.

8. Man, didn't Silver Surfer JUST come out? And it's already at number 8? That tells me something...

9. I saw Sicko last weekend. It's very good and is a big eye opener. Don't be surprised if I end up moving to Canada, France, England, or even Cuba. (Yes, Cuba.)

That's it for this week. Let's see what's opening next week.
Hmm....there's Captivity on the 13th (OHH we get a Friday the 13th). And there's a limited release of Rescue Dawn...but what's gonna be number 1? How about..
HARRY FUCKIN POTTER!!! BOOYAH!! Can't believe it's here already. Fuck yeah.
-Jason
Posted by Jason Soto at 2:01 PM No comments: 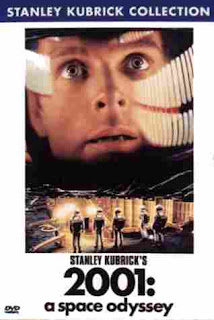 And yes I will point out why. But first, let's focus on some of the GOOD things.
1. No matter what my opinion is of this movie, I still think Stanley Kubrick is a great director. I do put some of the blame on him since he co-wrote the script, but you gotta hand it to the guy, he knows how to make a movie.
2. The cinematography is stunning, I will admit that.
3. I found the last 35-40 minutes (The scenes with HAL) the best part of the movie.
4. The acting was quite good.

With that out of way, here comes the bad shit.
1. It's boring as hell. Sure, let's spend the first ten minutes of the movie with some cavemen who don't do anything but sit there and bang on rocks.
2. All the things that happen in the movie aren't explained so we (or I) have no fuckin' clue what's going on.
3. It seems like it was made all artsy on purpose, as if to say "OOOH! Only CERTAIN people will understand this movie. If you don't understand, then you're like the cavemen at the beginning of the film. Where's my Grey Poupon?"
4. What the hell was up with those big black things? If any of that was explained, I missed it...all three times I watched this movie (yes I watched it till the end all 3 times)

If the whole entire movie was about HAL going berserk and killing astronauts, this would be in fact a kickass movie. But it's not. And I know I'm not alone on this opinion. Besides a few of my friends, and my fiance, there's this guy who seems to hate it as much as I do. Of course he was a bit harsh. I hope I don't come off as that harsh.

That's all I really have to say. I'm not trying to start a "flame war" here. If you like this movie, and even understand it (somehow), that's fine. Go ahead on wit yo bad self. Me? I perfer movies with something called "a plot".

I don't normally take quizzes, only ones that I think I would do well on, or if they're about movies.

To explain why I only got a 70%, I never saw Mean Girls, or Pans Labyrinth (so who the fuck is Pan?), OR Gladiator, and I dunno what mostly comes out at night...mostly. Oh well.
-Jason
Posted by Jason Soto at 2:22 AM No comments: