Jason Made A Video #5

I try to keep this video short. I briefly talk about the orgins of Cokie. Then a new segment "Dramatic Facebook Reading". The reading was taken from this post at the hilarious Lamebook.com site

A quick game of Trivial Pursuit and that's it. Hope it's short enough!
-Jason
Posted by Jason Soto at 12:32 PM 4 comments:

Just a reminder:
1. The Zombie Blog-A-Thon starts on October 1st!
2. This means you, yes YOU Mrs. White, can participate!
3. You can participate by watching a zombie movie then writing a review of it either on your website or blog.
4. If you don't have a website or blog, you can just send me the review and I'll post it here on The Blog.
5. You can do this anytime during the month of October.
6. Why did I number all of this? It just looks cooler.

New Review: Search For The Beast

Search For The Beast

I never want to see this movie ever again.
-Jason
Posted by Jason Soto at 9:33 AM No comments:

Jason Made A Video #4

After arriving a week into the future, Jason talks about some purchases, then recommends a book. Then you get to see the saddest thing ever filmed, a Trivial Pursuit question, and some B-Movie Talk.
-Jason
Posted by Jason Soto at 12:47 PM 4 comments:

The Lair of the Unwanted: #9-Great Apes

Jason and Nolahn take on two movies featuring apes or monkeys of some sort. First they talk about "Bela Lugosi Meets A Brooklyn Gorilla", then they move on to the Korean rip-off of King Kong simply titled "Ape".

They also discuss their Top 5 Favorite Apes/Monkeys in Pop Culture, whether it be film, TV, cartoons, video games, print, etc. Also they share some FaceBook FeedBack and talk about what they are doing individually. Jason is hosting an October Blog-A-Thon where he'll be watching zombie movies for the entire month. He also invites listeners and fans to send in a review of a bad zombie movie. Or at least a cult classic zombie movie. Nolahn, on the other hand, has been a busy bee. He spoke at a local movie premire, is hosting a TV show on Public Television, and will be hosting a B-Movie event. Man, where does he find the time!

Join in on the discussion over at the Offical FaceBook Page of The Lair of the Unwanted at www.facebook.com/thelairoftheunwanted and you can still email them at thelairunwanted@gmail.com

-Jason
Posted by Jason Soto at 8:36 PM No comments:

Labels: The Lair of the Unwanted 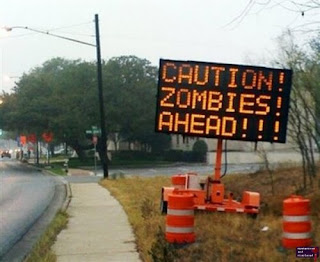 Sorry for the delay on this announcement. We recorded an episode of The Lair and I had other things, plus the chicken in the oven. Anyway, here we go.

If you been around these parts for awhile, you know that every October I do a blog-a-thon. First there was Halloween Fest. Then the 9 Days HE Came Home where we did all 9 Halloween movies. And last year we did Reasons Not To Have Kids Blog-A-Thon. Well, for this year, I'm gonna keep it simple and take on a sub-genre of film.

For the month of October, we shall be doing Zombie Movies! And I want YOU, yes, YOU to join in and participate! Ever wanted to see "Return of the Living Dead"? Now you can! Do you have a website or a blog? Post it up on there and send me the link! Or write the review and I'll post it here! Whatever! It just has to be a zombie movie and it has to be a b-movie or a bad movie. That's all!

This is going through the entire month, starting October 1st and it'll be on both The Site and The Blog. If you have any questions, leave a comment or email me at invasionofthebmovies at gmail dot com!
-Jason
Posted by Jason Soto at 12:17 AM 5 comments:

I get all kinds of email for different things. Some are people telling me about a movie they made, but I gotta go to some festival in Coldasfuck, Maine to see it. Some are people who say things like "we got this new PRODUCT that I think your readers will like. If you make an entire post saying HOW AWESOME OUR PRODUCT IS and puts ads for it all over, we'll send you 30 cents a day!" And sometimes I get things from people who do stuff outdoors. I don't know where these outdoors people get the notion that I do ANYTHING outdoors. Talk about barking up the wrong blog.

But once in a great while, something slips through the email pipeline that I actually enjoy. One such occurance occured yesterday. I got a email from a fellow named Awesome Bill and he runs a blog called Good Times with Bad Movies. And he's one hilarious motherfucker.

I only poked around his blog for a bit but his review of "Dr. Giggles" is 10 times better than mine.

I'm gonna try to encourage him to be a LAMB, but you can lead a bad movie blogger to water but you can't make him drink the PBR. Anyway. Check out this dude's site. He lives in a haunted house for Christ sakes. Give him some love. 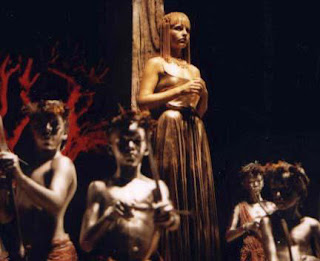 Jason Made A Video: Part 3

While talking about the movie "Timecrimes", some time travel shenanagans occur.

New Review: A Boy and his Dog 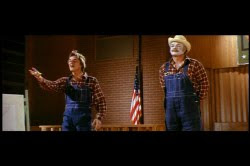 A Boy and his Dog

What more could you ask for?
-Jason
Posted by Jason Soto at 5:03 PM No comments:

Jason Made A Video Part 2: Another One

In this one, Jason discusses the number of hits in this first video, his hair (cause he's a douchebag apparently), "Urban Legend" and a song associated with it, another Trivial Pursuit question, a recent DVD Haul, and B Movie Talk about Shark Attack 3.

If you have a question for Ask Jason, send them to invasionofthebmovies at gmail dot com or leave them as a comment to this video.
-Jason
Posted by Jason Soto at 9:07 PM 2 comments:

Review of the 10 Minutes I've Watched of Disaster Movie 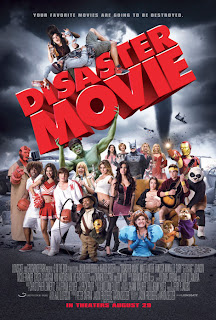 The other night I was flipping around the channels, looking for something to watch when I came upon "Disaster Movie". I've never seen any of the Seltzer/Friedberg "spoof" movies, including "Date Movie", "Epic Movie", "Meet the Spartians", and more recently, "Vampires Suck". Out of all of them, the only interest I had was seeing "Vampires Suck" cause I fucking hate Twilight with a passion.

So I said fuck it and watch it. It was in the middle of the movie.

Now before I get into the scenes I forced myself to watch, let's dive into the history of one Aaron Seltzer and Jason Friedberg. You wanna know what movies they worked on prior to them teaming up and shoving shit into our faces for a living?

Spy Hard
Scary Movie
Scary Movie 2 (which if you look at the Written by part on IMDB it's like a fucking mile long. Really? THAT many people wrote this movie? I love the first two "Scary Movies", don't get me wrong, but jesus.)

Then after getting some "characters created by" credits, we dive right in to "Date Movie".

Say what you will about "Spy Hard", it's probably the stupidest of the Leslie Neilsen spoof movies (I haven't seen 2001: A Space Travasty yet. I hear that one is the worst), but I like it for what it tries to do. But knowing those ass clowns were involved makes a lot of sense.

The first thing I saw was a chick in a blue dress doing break dancing movies. This turned out to be that "Enchanted Story" or whatever that movie is called with Amy Adams as a real princess. Why there was breakdancing, I have no clue. It went to three other characters, two regular dudes, and a chick who was suppose to be Juno cause she was pregnant. Juno starts breakdancing on her pregnant stomach and...that's it. That's the joke. Cause...you know...it's funny.

So a tornado is touching down on the street and I'm guessing what happened was while Seltzer and Friedberg were blowing each other in their writing cabin, they looked in their newspaper and looked at all the movies that were showing in their local theater and wrote them all down.

I haven't laughed yet.

The white guy named Will gets a call on his cell phone. His girlfriend Amy is trapped in a museum and needs rescuing. I guess this was suppose to be a spoof of "Cloverfield" cause Will just kept saying "We gotta get Amy!" and Calvin, Juno, and Enchanted Chick are against the idea.

Juno gets the idea to hide in this warehouse until the tornado blows over. They go in and soon they hear a noise. Soon three stuffed chipmunks appear and they start singing about Christmas. Aww, it's Alvin and the Chipmunks. And they sing...and sing...and sing...Ok so they're singing.

At some point they turn rabid and start chasing the people around. And this goes on FOR FUCKING EVER! Eventually, they attack Juno and...kill her. But before she dies, she says some Juno things like WTF hamburger phone like barf-o-matic or whatever. It's funny.

So they leave the warehouse and soon find themselves at the museum. They find Amy and free her and she tells them this is all happening because the Crystal Skull was removed from where ever. Looking at imdb I see Tony Cox plays Indiana Jones so I'm sure that scene was hilarious with it's small jokes.

Then somehow (I lost track) they get seperated and it starts turning into "Night At The Museum" and...that's when I turned it off. It was that or throw my shoe through my TV, which would've been a great excuse to buy the big screen we been wanting to buy for awhile now. I should've done that.

So yeah. Why these movies keep getting made is beyond me. They're not funny. I hate to say parts of the "Vampire Sucks" trailer made me laugh so maybe when they only focus on one movie instead of trying to parody EVERY FUCKING MOVIE THAT CAME OUT THAT YEAR.

To wrap this up, I find it funny all their titles can be turned into a negetive way to say that movie is horrible.

New Poll: What Day Should Reviews Be Posted On?

My job kinda makes it difficult to have a regular posting schedule. But I been kinda neglecting the site recently so I should be able to shuffle some things around and at least have a new review ready to post on a certain day.

So I use to post on Sundays but now I have to work on Sundays (sometimes). I seem to have Wednesdays off lately, but I don't wanna step on Nolahn's toes. Not knowing what else to do, I decided to throw it out to you people. So tell me: