There has been all kinds of buzz about this movie. The only thing we know for sure is that it's a monster movie and it's all used through hand held cameras, which gives the impression this is gonna be Vlogging: The Movie. A lot of people seem to think it's a remake of "Godzilla", the 1998 version, but from the point of view of normal average people. I have to admit the trailer makes it look like that, but I have my doubts.

Anyway, there are two versions of this trailer. The second one shows more stuff but it's very hard to track down on Youtube. So for now, this is all you get: 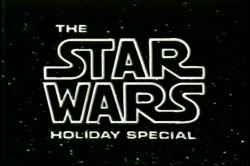 RAAAAAAGH!!!
-Jason
Posted by Jason Soto at 9:31 PM No comments: 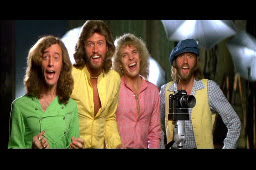 It's done! It's FINALLY done!! After months of sitting on this movie and planning and working and toiling and brewing and....I better stop there.

My point is, this review is finally up!!! Me and my two gal pal friends Maria and April teamed up (Kinda sorta in a way) and did a review/riff-type thing to this movie.

And I'm gonna warn ya right now, it's long. Longer then normal. Which sometimes is a good thing, if you know what I mean. Wink wink.

And please leave us some kind of comment on the blog on how we did, we all worked our asses off for this.

Enjoy!
-Jason
Posted by Jason Soto at 8:53 PM No comments:

For months, since the poster was announced, I was dreading this movie. But now the offical trailer has been released.

And I still dread it, but God help me, I laughed at the end bit with Dave on that date with that chick. Maybe I'm losing my touch?
-Jason
Posted by Jason Soto at 10:35 PM No comments:

What's up, peeps? I got a new feature for you! And it is called

What is this, you may ask? Well, every Thursday I shall post a trailer for a movie, any kind of movie. New, old, good, bad, whatever. And it's on Thursday's cause...well I thought of this today, which happens to be a Thursday. Make sense? Good! Let's roll!

Here be the IMDb link to it.

Holy crap has it been a long ass week! Between hamburgers and cookies, I'm just worn out.

Anyway, I mentioned in my "Offical Halloween Post" blog that I had a super secret announcement. Well, maybe it's not all that secret cause I probably mentioned it before, plus I told a few other people already. But I'm gonna throw in ANOTHER secret announcement, for the price of one!!! Am I crazy or what?

Secret Announcement #1: It's November so you know what that means? Time for the weather to be cold as fuck, people OD on turkey, and people cram the malls looking for a $10 dollar DVD player. (Don't everyone have DVD players by now?) But it also means that Christmas is coming and so I am proud to present The Invasion of the B-Movies Mass Invasion: Christmas Style! Yes, we (me and whoever I can get to do this with) will watch and review a Christmas movie! Sweet, huh? And the movie? Unless something comes up (which is bound to happen since this is me we're talking about here), the movie is going to be...
Santa Claus (1958)! This is truly a weird and bizzare film that MUST be handled by more then one person, don't ya think? So now that I announced the title, who's on board? Anyone and everyone is welcome to participate! If you never participated before, or don't even know what the hell a Mass Invasion is, check out our last two:
The Incredibly Strange Creatures Who Stopped Living and Became Mixed-Up Zombies
Troll 2

Feel free to email me at js at invasionofthebmovies dot com to tell me that you're all in.

Secret Announcement #2 isn't quite so long. Me and two of my friends, April and Maria, are doing a sort of Mass Invasion ourselves. We're gonna tackle "Sgt. Pepper's Lonely Hearts Club Band", but I'm gonna try something different, which is why I didn't make this an open invitation to all. Instead of just having us take turns writing a portion of the movie, we're gonna meet up in IM and kind of "riff" the movie, if you will, since there are SOOOOO many scenes where there's just singing for like an hour straight. They both are on board and I'm meeting up with them seperately on different days to do this. So I'm probably gonna be suffering the most here. I'm unsure at this time when this will be completed but I'm shooting for by the end of November. So keep your eyes peeled out for that.

And that's it for this super long ass blog. A review SHOULD be comin' tonight, if all goes according to plan.

Thanks for reading!
-Jason
Posted by Jason Soto at 1:27 PM No comments: